Skip to content
Join me for my upcoming accelerator Cultures of Belonging: Creating DEIB Strategies and Initiatives on November 3–4!

To be wrong is to be human. We all make mistakes, hold misconceptions, and fall into misinformation traps.

The problem is not that we’re wrong, but that we convince ourselves we’re right anyway even when presented with the truth. This phenomenon is known as motivated reasoning.

Motivated reasoning is the practice of trying to make some ideas win and others lose based on our own preexisting values.

As objective as we think we are, “our judgement is strongly influenced by which side we want to win,” according to Julia Galef, co-founder of the Center for Applied Rationality.

Decades of psychological studies prove this out. In fact, one landmark 1979 experiment on the death penalty showed that we use science and presumed scientific facts selectively to either defend or strengthen our preexisting beliefs.

“People’s deep-seated views about morality, and about the way society should be ordered, strongly predict who they consider to be a legitimate scientific expert in the first place — and thus where they consider scientific consensus to lie on contested issues,” according to Chris Mooney.

Personally, I pride myself on making fact-based, evidence-backed arguments and privileging questions over answers. I have strongly held values, but loosely held opinions, which should allow me to be swayed by new facts.

But here’s the problem: I have strongly held values.

And strongly held values are primary sources of motivated reasoning in the first place. I am just as guilty of bias as everyone else.

This bias creates major problems in our world. Alternative facts are proliferating across social platforms, fake news is passing as real news, and science is being inaccurately cited to justify denial of climate change and avoidance of vaccinations.

This bias also creates major problems in our work.

If the future of work demands we learn faster and more deeply, and if solving our current business challenges necessitates open-mindedness and a willingness to seek questions in favor of answers, we need to check our own biases to succeed. –Click to Tweet

Especially because we really can’t wait for others to do it for us.

Professor Stephan Lewandowsky’s research on the backfire effect shows that when others try to change our minds, we hold onto our existing beliefs even more tightly. It’s our responsibility to take the antidote to motivated reasoning ourselves.

How to Combat Motivated Reasoning

1. Understand Why It Happens (and Be Honest with Yourself About It)

Reasoning is emotional. Neuroscience shows our feelings arise more quickly than our deliberations, which is likely tied to our evolutionary need to react quickly to environmental stimuli to survive.

Basically, our fight-or-flight response kicks in when we’re presented with facts that contradict our deeply held beliefs, before we have a chance to assess the new information rationally.

That’s why we must be conscious of what Chris Mooney warns: “when we think we’re reasoning, we may instead be rationalizing.” That tendency leads us down the slippery slope of confirmation bias, which nudges us to collect information that supports our beliefs and ignore information that doesn’t.

Once you accept that we are wired to be biased, you can start overcoming your biases and move towards a higher state of objectivity. –Click to Tweet

Adopting what Julia Galef calls the “scout mindset” is the first step in reducing your own bias.

Scouts try to get an accurate picture of reality, even when it’s unpleasant and inconvenient. Their self-worth isn’t tied to being right, but to testing their own beliefs. They feel bad about themselves if they fall into black-and-white, right-or-wrong thinking, and they feel most proud of themselves when they collect new information and pursue their curiosity.

In other words, the first step to fighting motivated reasoning is to change your relationship to truth.

The more you prioritize finding truth over being its master, the more likely you are to be objective. –Click to Tweet

This trend towards the “untestable” cemented them in their beliefs because new information could not be used to verify or refute what they shared.

Two additional studies from the same researchers found that the more untestable facts were presented to participants, the more entrenched in those beliefs they became.

To combat motivated reasoning, focus on rejecting untestable beliefs and searching for testable facts. This will help you fight the desire to cling more deeply to your current beliefs and allow you to evaluate them less subjectively.

Part of our tendency towards motivated reasoning may be the result of our education. We are taught to study information first and then we are tested on that same information afterwards with the goal of error reduction.

However, this may teach us to reflexively believe what is in front of us.

Getting it wrong, or specifically coming up with answers first and then comparing them with the correct information, can actually improve recall and learning.

It may also help us look more critically at facts served to us by search engines and news articles.

5. Change the Tools You Use to Find Answers

Finally, if you must Google, avoid the risk of finding the most popular facts or the ones most associated with your search history by changing the tools you use to search for information.

Instead of defaulting to Google’s default search engine, test your theories and beliefs in Google Scholar. Google Scholar searches your terms against academic articles, which will force you to confront testable facts and wade through more information than you would normally to get to an answer.

This method is not foolproof. Science itself can be biased, and theorists are human too, which means they are biased in favor of what they believe. Still, by looking at contrary articles on the same topic, you can start to get a sense of what is true.

Alida Miranda-Wolff is the Director of Platform at Hyde Park Angels, the most active early-stage investment group in the Midwest. Follow her daily musings on Twitter and Quora. 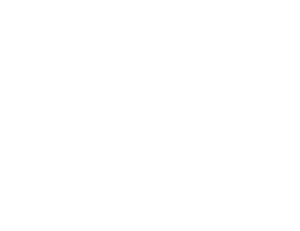